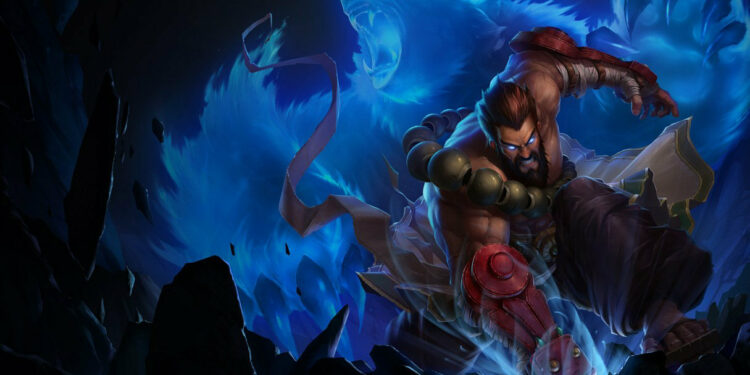 From the ever exceptional music production team at Riot comes a mythical, nomadic yet tranquil theme worthy of the embodiment of primal animal spirits

Udyr is the latest League champion to get a complete makeover

Released way back in December 2, 2009, Udyr is one of the first champions ever to endear us to the world of Runeterra. However being one of the first releases comes at its own cost, for years the champion’s VGU had been obsolete and his kit disharmonious with the rest of the game.

League community collectively voted Udyr as the champion to be updated in February 2021. Seeing the mighty Godlike being reduced to appearing like a homeless hobo on the streets of Florida has evidently debased his awesome theme and saddened his loyal fanbase.

The new rework promises to breathe a gale of fresh air into the fearsome primal being. Riot has already teased Udyr’s reworked gameplay, which we have covered in more details.

Awakened Spirit: Udyr has four basic Abilities that swap between Stances. Udyr can re-cast his stance during its cooldown to Awaken it, refreshing it with bonus effects.

Monk Training: After using an Ability, Udyr’s next two attacks within 4 seconds gain 30% increased attack speed and refund 5% of Awaken’s cooldown on hit.

Awaken: Shield increases, and Udyr regenerates health over 4 seconds. Stance Life on hit and lifesteal bonuses doubled during this time.

Stampede Stance: Udyr gains 30% Move Speed, decaying over 4 seconds. Additionally, Udyr’s attacks in this stance lunge at and stun targets for 0.75 seconds; this effect as a 6-second cooldown on each target.

Awaken: Grants immunity to Immobilizing and Disabling effects and an additional 32% Move Speed for 1.5 seconds.

Storm Stance: Udyr surrounds himself in a glacial storm for 4 seconds that deals 20 magic damage per second to nearby enemies inside and Slows them by 15%. Udyr’s next two attacks in this stance deal magic damage to enemies in the storm.

Awaken: Unleash the storm, causing it to seek a nearby. Deals an additional max health magic damage over the remainder of its duration. (The Storm moves towards Udyr’s last attack target)

The rework is expected to hit the clients in early August, patch 12.15 or 12.16 according to Riot.Reav3