League patch 12.7: Riot Games to buff Karthus Q and Wukong’s entire basic skills to help them get back in the jungle meta 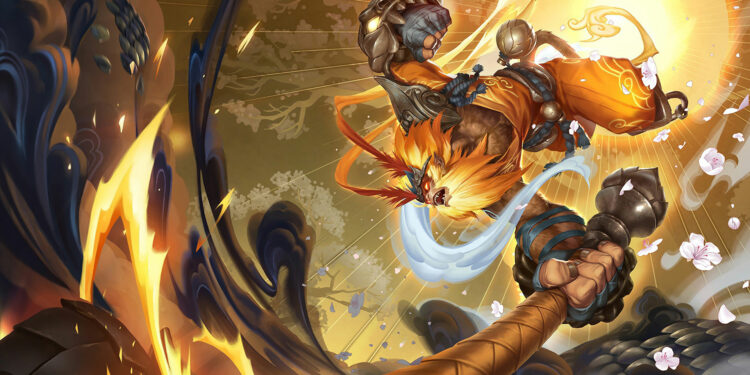 With the 2022 Mid-Season Invitational taking place next month, Riot Games is planning lots of new improvements for League of Legends patch 12.7

Riot Games tweeted the patch 12.7 preview yesterday, indicating which champions or items will be modified. The expanded patch preview for League of Legends Patch 12.7 was released today, with a number of champions set to undergo balancing tweaks. This update will see a lot of changes in the jungle, with a few well-known champions receiving big improvements to their kit.

Wukong is probably the champion who receives the most modification in this patch since all of his basic abilities are all getting buffed. His Q ability’s cooldown has been reduced by one second at all ranks, and his W ability may now go through walls. His E, Nimbus Strike, will inflict an additional 30% damage to monsters, and its AP ratio will be increased by 20% as well, from 80 to 100%. As a result, the champion’s jungle clear should improve drastically, as well as his ganking potential with the W buff.

Karthus is also in line for the jungle buffs even though it’s nothing compared to Wukong. His Q damage against monsters has been increased by 10%, which should reduce the amount of mana required to destroy camps.

Rengar is also getting some changes to his kit after his recent mini-rework. The additional damage Savagery (Q) deals to towers will be lowered by 40% for the Pridestalker, but the damage it deals to jungle camps and monsters will be increased at all ranks to compensate for the severe reduction to his split pushing potential. This modification will odd to keep Rengar in the jungle.

Besides the jungle buffs in patch 12.7, Lee Sin is the only jungler who receives a nerf towards his damage. His basic attack damage, as well as the damage on his Q are set to be nerfed.

More changes can be seen in the patch note. According to the game’s schedule, patch 12.7 will go live on April 13 and players will see some significant changes in the jungle.