Riot: The upcoming new champion will be more balanced 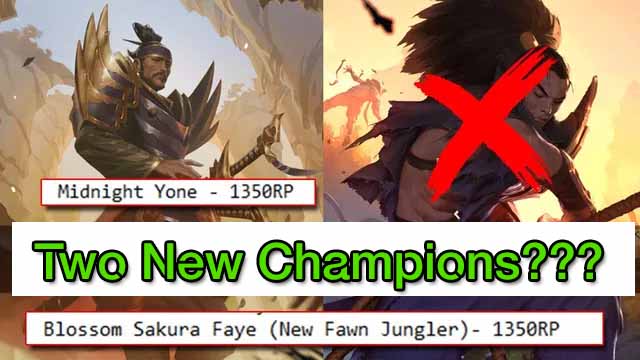 The “cancer” of Sett, Aphelios, Senna trio is so large that Riot Games has to acknowledge and promise that the new champions will not be the same.

With a MOBA game like League of Legends, every character or champion in the game needs a certain characteristic for gamers to remember about it, possibly from the skill set, name or origin of that character.

A champion is called a balance when he or she has a winning ratio, a moderate pick and ban rate, and a set of skills that have a particular speciality, above all, with clear strengths and weaknesses.

However, in the last few years, the balanced champions of Riot Games have only counted on the fingers. The latest we have the trio Sett, Aphelios, Senna has just launched immediately proved his “almighty”. They can do things that other characters in the same position can’t do (heal, hide from Senna or control long-range with Aphelios) or outperform all colleagues (Sett’s skill set).

Although it is also Riot’s product, they must admit that it is a defect product and commits to gamers that such overwhelming new champions will not be designed anymore. Riot Mark Yetter, the leader of League of Legends design, spoke out about this.

As I’ve mentioned above, something we want to improve over the next few months is our champion release balance. In particular, we don’t want new champions to warp our game’s meta or for anyone to feel like they have to pick up every new champ to remain competitive.

In the past year, we had released champions tuned so that their first weeks of play were more forgiving for players still learning out the ropes, and we would follow up as players mastered the champion (which we haven’t done fast enough). This strategy eased some pain for players starting out on the champion, but we think that overall it was a negative outcome, because by the time the average player has learned a new champion well enough for us to take the training wheels off, very engaged players have already used the overtuned state of the champion to take over the meta.

Thanks again everyone for playing. Stay safe out there.

Perhaps we do not need to say too much to the “cancer” of the trio Sett, Aphelios, Senna anymore. Even at the moment, these champions are still very strong, and it is understandable to nerf them in the future. More importantly, what Riot Games promised about new champions, the original characters may be weak but then will balance when gamers gradually get used.

Currently, the Riot side has not confirmed what their champions are, only know that the next remake project called Volibear is very close to us already. In a list of outfits a few days ago, we learned that the two new champions would most likely be Faye (Akali’s sister) and Yone (Yasuo’s brother). Whatever the new champion, we can hope that they will be interesting to use and not as bad as Riot promised.