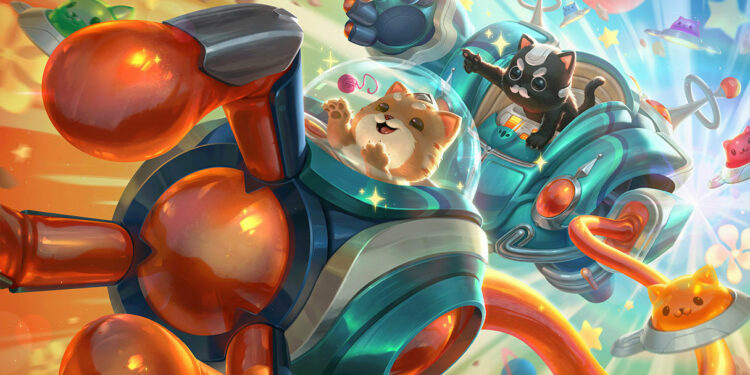 League of Legends is a MOBA game with the goal of creating a fair and competitive eSports environment. As a result, purchasable items such as skins, icons, emotes, or chromas are just a means of cosmetics and have no bearing on the outcome of a match.

However, a player has discovered a new technique to trick opponent players by using Blitzcrank’s taunts in his Space Groove skin, potentially making it a “pay-to-win” cosmetic.

In a Reddit video posted recently, the player runs towards his enemies and then performs a fake Q animation, forcing them to leave before ever casting an ability.

When going up to the opponents, the Blitzcrank player with Space Groove skin, uses the Ctrl-4 hotkey to perform the action.  Rocket Grab (Q) animation is identical to his Space Groove skin’s laugh motion, with one notable difference: the two animations show him outstretching a separate hand. When Space Groove Blitzcrank laughs, he stretches his left arm while casting Q with his right arm.

In the video, all the opposing players who the Blitzcrank player has tricked are shown using abilities and summoner spells to avoid being hooked.

Instead of having the hook missed by these escape tools, he utilized the champion’s laughter to create the impression that they were ready to draw their enemies near, but then tricked them out to shift into a far more favorable position.

In many circumstances, being hooked by Blitz can result in an almost secure kill for his team, making this fake animation from the Space Groove skin a “pay-to-win” cosmetic in some form.

League players and fans contested the legitimacy of the clip in the comment section, stating that the gameplay depicted in the clip was actually staged (since it’s from Chinese Tik Tok). Others were disputing Space Groove Blitzcrank’s competitive fairness, claiming that the skin is possibly “pay-to-win.”

Perhaps Riot Games should consider looking through the situation to make a more fairly gaming environment for their players?