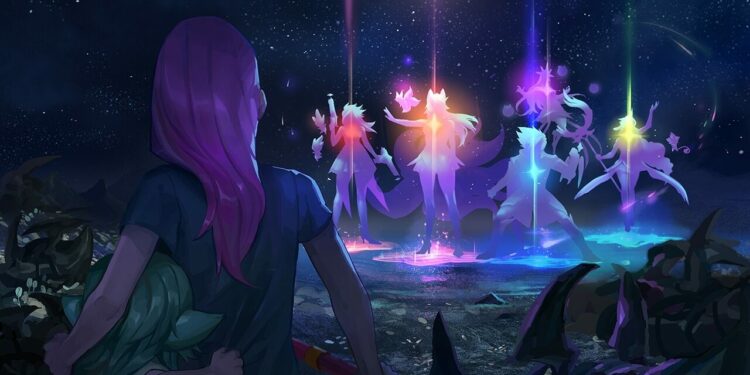 The Star Guardian 2022 event is almost approaching, and Akali and Kai’Sa new skin have just been leaked

Riot has already released several incredible skins this year, but the greatest is yet to come. The largest event of the year, Star Guardian 2022, is almost approaching. The Star Guardian Event is expected to be released in Patch 12.13 and will include 10 new skins to the expanding roster. Furthermore, Nilah, Riot’s future bot lane champion, will most likely be introduced at the event.

In recent weeks, there have been various leaks concerning Star Guardian skins arriving with champions such as Akali, Taliyah, Syndra, Rell, and so on. And now, Kai’Sa and Akali’s character models have already been leaked.

Big Bad Bear is famous among League of Legends community for his accurate leaks, and he recently tweeted about the in-game champion models of the 2 champions mentioned above.

The character models seem very realistic and detailed. They also resemble the leaked Star Guardian Rell skin. So far, everything appears to be in order. However, unlike most other Star Guardian skins, Akali does not appear to have a pet besides her, according to the model provided.

Like any other leaks, the information will not be 100% accurate and can alter when the official release is announced. More information regarding the event will undoubtedly become available in the following days. So keep a look out for updates when additional information is provided.

The Star Guardian event will be added to the game in Patch 12.13. Given the magnitude of the event, it may last two patches, with the skins separated into two groups, similar to the recent High Noon skins. As a result, Star Guardian Akali and Kai’Sa will be launched on either Patch 12.13 or 12.14.