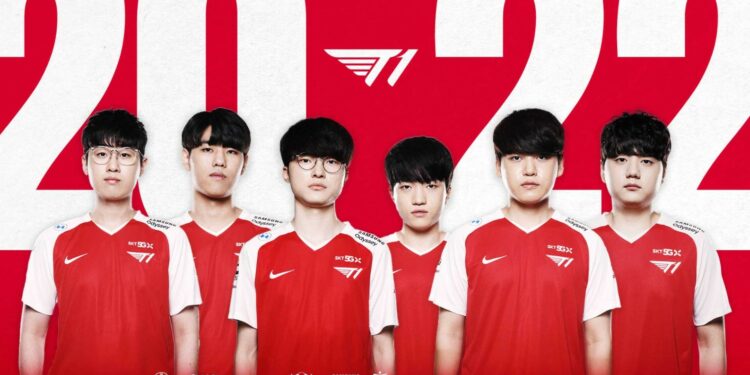 The early days of December are also near to the time for league teams to announce their roster for the upcoming season and submit it to tournament organizers. This is a transfer market with numerous changes, innumerable rumors, dramas, and specials, and there is no shortage of major transactions or surprises for the League community.

T1 was just confirmed as the latest LCK team, along with DWG KIA, Gen.G Esports, and Nongshim RedForce to announce their full roster for season 12.

Although T1 CEO Joe Marsh disclosed this team not long ago during a Discord chat, the officially unveiled lineup has attracted a lot of attention. T1 will begin the 2022 season with six different players:

As such, this will be an even younger T1 team, which nevertheless includes players like Teddy and Cuzz. Even Zeus, the young top lane player who replaced Canna and was born in 2004, is the youngest member of T1’s new roster. When compared to his captain Faker, Zeus is 8 years younger than him.

Furthermore, Asper will play a unique position in that he is not just a player but, according to T1 CEO, Asper is also a member of BHL T1. This is a very special role, but it also demonstrates the T1 board’s confidence since he is only born in 2000.

There is currently no official announcement on when LCK Spring 2021 will begin. However, with a young group, particularly like Oner, Gumayusi – Keria, who played very well at Worlds 2021, T1 supporters anticipate the team to be able to win championships in the next season, notably Faker, who will realize his dream for a fourth World Championship trophy before retiring.