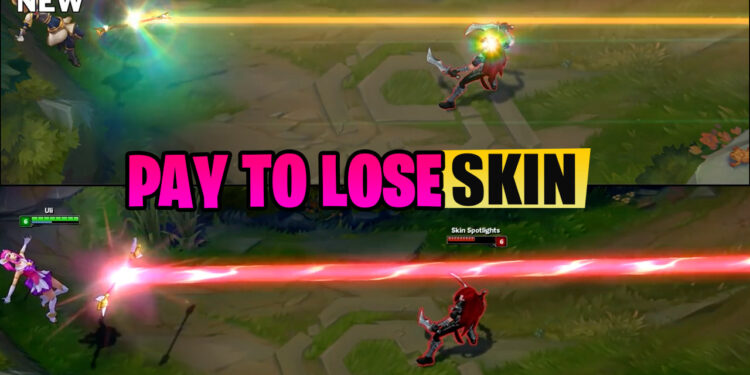 Have you read our Part 1? Today, we will bring you the next 8 skins that can ruin your matches, let’s kick off!

Caitlyn was a Marksman created back then in 2011, only 2 years after League of Legends’ first release. Until that day, her mechanic hardly receives any changes. She is a fairly simple Marksman which only takes few matches to master. But there is still one Caitlyn’s skill that differentiates a good or a mediocre Cait player – That is her W – Yordle Snap Trap. That is the reason why we pick out these 2 skins, they all make Caitlyn’s Trap becomes way too visible.

Don’t get us wrong, Project Vayne is one of her best skins and it also doesn’t have any particle effects that can cripple you. But again, Vayne was released back then in 2011, same as Caitlyn. A very early Marksman doesn’t have that much mechanic. Besides her insane damage coming from W, it is mandatory to hit your opponents with her E – Condemn.

Sadly, this skin’s Condemn is pretty obvious, Vayne will perform a backflip only to shoot her enemies into walls. The cast time of that skill is 0.25 which is fast, but with that visual animations, players may have a chance to react.

Yorick is famous for his cultist (this is not TFT). Yorick himself doesn’t deal much damage, but these 4 tiny Mist Walker and The Maiden actually end his opponent’s life. The Maiden is an obvious threat and should be treated carefully, these tiny Mist Walker guys are an immense threat to any Marksman or Mage that is running around Yorick. With Archlight Yorick, these Mist Walkers are pretty easy to spot in chaotic team fights, and also they only need to receive one hit to be killed, we consider it to be a huge Yorick nerf. They are bright yellow and walk weirdly.

Even though Lux has 2 game-breaking skins, even one of them is banned in competitive play. She has one that is pretty bad. Unfortunenately, it belongs to the Star Guardian Skin Line. We understand that her skills’ theme is Light, it doesn’t need to be that bright, right? With Star Guardian Lux, her Q and E can be dodged easily if you pay enough attention. Her ultimate also has a bigger indicator (her Ultimate is already easy to evade).

Again, an old champion. Karthus was released in 2009, the birth of League of Legends. Before he reaches his peak power and become a real nuker, he really needs to hit every single Q in the early game. Otherwise, Karthus will be extremely weak if he can’t scale fast enough. You don’t want your opponents to dodge all your Q in the early game, do you?

The last, but definetely not least, Pulsefire Ezreal. A 3000 RP skin but hardly use by any players. Because of its clunkiness, it is unplayable for almost every Ezreal main players. Recently, Pulsefire Ezreal received serveral rework to make him feel smoother, but it is not enough for this skin to come back.

That is the final of our Top 15 Bad Skins, we can’t make this list possible without the help of Skin Spotlight, they are a great channel and always present with the newest, up-to-date League of Legends skin, make sure to check them out.