What happens when Zeri is played by an LCS player? 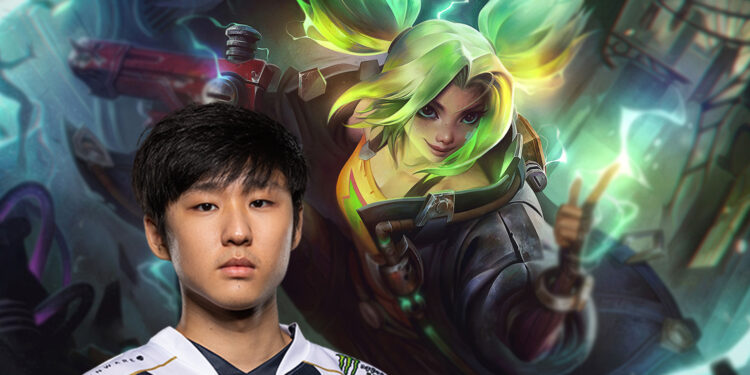 Ever since her skill set was teased, Zeri has been expected to be a champion that may generate unstable matchups

League of Legends has developed and changed since its first release in 2009, becoming a totally different game from what it previously was. The developers show no signs of declining with their releases, and more champions are certainly on the way. However, as the game has progressed, so has the skill set and techniques you’ll need to master in order to properly play new champions.

In patch 12.2, Zeri has officially docked in League of Legends.  Many players attempted to try out the 158th champion right away, and the results were shocking.

ADC Sean ‘Yeon’ Sung of Team Liquid Academy showcased his outstanding talents with the new champion Zeri in a tweet on January 23. The pro player can be seen in the video using her powers that allow him to move at a faster rate.

Throughout the viral video, Yeon continued to provoke his opponents before quickly kiting them out with some great mechanics. In Yeon’s hands, Zeri has made a couple of stunning “hits and runs” against five opponents. It’s worth mentioning, though, that the build they were using wasn’t ideal for inflicting damage to other players.

The charges from Zeri’s Q technique were fast, but they lacked the ability to do damage quickly, therefore the general struggled to finish off the opponent. Not to add the fact that her Q is a directional skill, making it very possible for Zeri to miss the decisive strikes.

Zeri is a challenging champion to get used to and introduce into ranking matches for new players or those in the lower rankings. According to OP.GG, Zeri’s win rate has been about 42.3% in the two days since its launch, but has reached to approximately 49% lately. Perhaps there is only a matter of time before either Riot gives The Spark of Zaun some buffs or she is going to dominate the meta on her own.