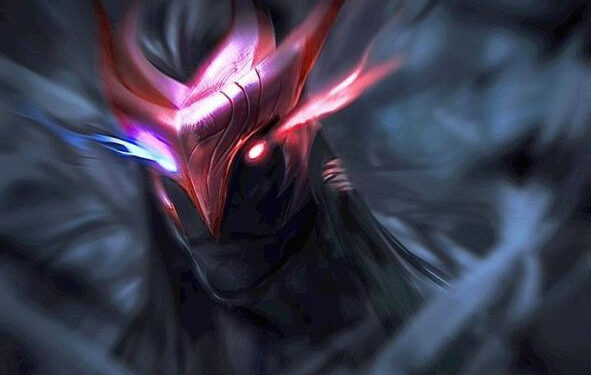 After a series of leaks circulating through social media mediums associated with League of Legends, along with Riot Games’ own hints hidden inside revealed content, Yone is finally confirmed to be the next champion release after Lillia, the Bashful Bloom.

What we have known about Yone

On January 15th this year, Riot Reav3 and Riot Safelocked disclosed about Riot’s plan to release two champions for the “big event this summer”, with a “new Jungler to fawn over” (who was revealed to be Lilia, a humanoid fawn-like champion), along with a “masked champion who refuses to die”. Reav3 also provided an additional hint: “Some demons should remain in our past”, reminding League fans that this will be another lore-only character who will ascend into a playable champion, after Kai’Sa and Senna.

Previously on the champion roadmap revealed in late 2019, Riot also mentioned an “edgy solo-lane melee carry” and a “whimsical new jungler”, so if Lilia is the whimsical jungler, Yone is probably the newest melee carry designed to function in a solo lane, similar to Yasuo. That doesn’t mean that his kit will be just like his brother’s, although some abilities might bear several resemblances due to their ties in each other’s backstory.

Yone, the Wind Chaser is also featured in Legends of Runeterra, a card game based on League of Legends, as a Follower card of Ionia region. According to League of Legends wiki, the interaction between him and Yasuo card indicates that it might come from their last duel which led to his breathen’s supposed death. Therefore, his appearance in LoR will certainly not the same as how he will look like in League of Legends – and several splash art leaks circulated through Twitter seem to confirm this as well.

Several images alleged to be Yone’s splash arts have been shared through Twitter by League of Legends players lately, coming from LOL’s most renowned data miners.

League Patch 10.16 not big enough for you, even with all these balance changes on the way in the August 5 update? Good, cause we’ve also got Yasuo’s formerly-dead brother Yone on the way, after he was formally revealed last fortnight.

Following the release of new Jungler Lillia last patch, Yone has now been confirmed by Riot as the second champ who will join the League of Legends roster during the ongoing Spirit Blossom event.

League players can expect Yone to arrive on live servers alongside the patch update. If not, he will arrive one day later on August 6. Here’s everything we know about LoL’s resurrected Ionian warlord, including his abilities and more.

An image of what is assumed to be Yone’s leaked loading screen has been circulating around the Internet – starting from the recent leaker of the swordman’s Spirit Blossom splash art, Twitter JumaraloHexCore.

Yasuo’s supposedly deceased brother has been teased earlier this year and is featured as a card in Legends of Runeterra, with his model and a snippet of his face leaked from the same sources that revealed earlier Summer Event’s content. Spirit Blossom Yone’s splash art, which was leaked from the same source, is being shared across the League of Legends community as well.

Several theories have been popping up around every corner of the Internet, about Yone‘s connection to Lillia – another champion who is about to be released within the same time frame, back to back with him. Some speculate that Lillia was the one who played pivotal in bringing him back to life, other assume that she was awakened by his resurrection. In addition, Jumaralo Hex provided what could be another interesting hint about the two’s relation, since a fragment of his current splash art was leaked altogether with Lillia’s.

Yone’s red color scheme and his demonic appearance can cause League fans to link him with the Darkin as well. It is also possible that Yone is a host for another ancient Darkin creatures. One interesting point is that, the supposed host is still carrying the dual blades he used when he was alive. It could be possible that Yone is either dead with another entity occupying his body, or he made a pact with the Darkin creature, then overwhelmed him and utilized his power as a means for his revenge, much like Swain with his Demon of Secret in Immortal Bastion.

While the information about this particular Yasuo hater (much like we do) is still obscured, it is possible that Riot will somehow allow more teasers in the form of leaks in the upcoming days. The hype is there, and this double champion releases back-to-back like Darius and Draven back in 2012 can only mean that the Spirit Blossom, or the Summer Event, will be the biggest League of Legends in-game event to date.

Riot just teased a new animated trailer called “The Path, An Ionian Myth”, they has not confirmed anything yet, but the trailer has shown everything, it’s Yone (Yasuo’s older brothe) without a doubt.

When is Yone Release to League of Legends?

After he was murdered by his more youthful sibling in fight, Yone has been restored and will make his Summoner’s Break entrance in patch 10.16.

The patch is relied upon to occur on August 5. In any case, the hero is required to appear to be unique than how the legend recently depicted him.

Following his demise, it has been uncovered that Yone’s default look will include him wearing a veil, despite the fact that he will likewise get a Soul Bloom skin where his face can be seen without one.

It has additionally been affirmed that the Covered Warrior will use double blades for his appearance in patch 10.16, which will mean a portion of his one of a kind abilities.

Uproar has additionally shared a full glance at every one of the aptitudes accessible in the 150th hero’s pack. You can locate the full rundown of his abilities down beneath.

Yone’s Abilities in League of Legends

Watch more about Yone : Yone had been Leaked by Riot Games 6 Months ago in LOR and there are more Secrets

“Yone Has No Valuable Counterplay” – Caps Revealed during His Latest Stream