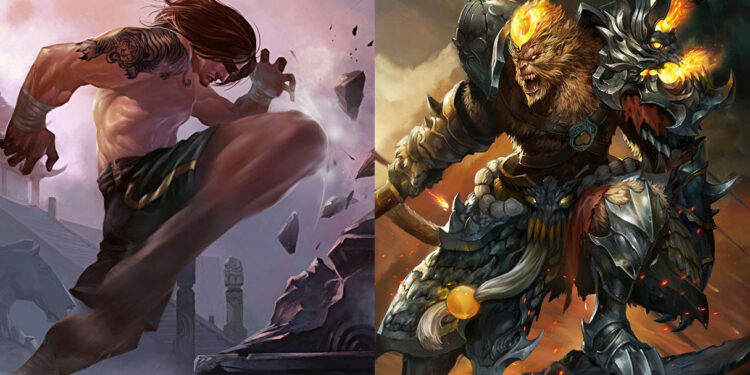 In Patch 12.11, the developers plan to give some love to some of the worst-performing champions and nerf to some extremely powerful ones

The lead game balance designer for League of Legends, Matt “Phroxzon” Leung-Harrison, has released a list of changes coming to the game in patch 12.11, and many popular champions that have been performing well are receiving nerfs to make room for those who have been underperforming in recent patch cycles.

On the buff list, champions from multiple roles will be receiving buffs to help them cope with the longer game pace. Specifically, fighter champions like Irelia, Tryndamere, Lee Sin, Xin Zhao are expecting buffs as some of them have been performing bad lately.

Tank champions and ADC like Nunu, Taric, Tahm Kench, Rakan, Caitlyn, and Samira are also anticipated to benefit from buffs in the upcoming patch.

Most notably in this patch is probably Ryze as the champion has been suffering lately in the game. Being one of the worst champions in the game with the lowest win rate has made Ryze unplayable across the board. Finally, in patch 12.11, Ryze is getting some love from the devs with some potential buffs to help him raise his win rate.

Down on the nerf list, 13 champions overall will be nerfed in Patch 12.11. But, given that the majority of them have an abnormally high solo queue win rate, this isn’t surprising.

Champions such as Olaf, Swain, and Lillia have recently dominated the top lane, with their win rate.

Wukong is also one of the best picks in the jungle lately as he is quite strong from the recent Patch 12.7 buffs to his entire abilities. Riot is also nerfing him to prevent him from being banned or picked instantly in any games.

The bot will receive the fewest nerfs in the future patch, with just Kog’Maw and Senna being targeted. Senna has been crowned the best support after Patch 12.10 as the game goes longer, scaling champions such as her are no doubt will receive nerfs.

Other prominent champions who make the final nerf list are listed above. Riot has said that champions such as these would be impacted by other changes introduced in the patch.

The devs have yet to release the details of all of these balancing modifications, but a complete list of the changes will most probably be made public shortly.